Moss Agate is an extremely powerful stone, and one of our overall favorites! Not only is it gorgeous, but it also has a lovely meaning and versatile properties.

In this guide, we go over everything you need to learn about this stone. From the benefits it can provide, to the best ways to use it, we have you covered!

Moss Agate is a stone that symbolizes the beauty of Mother Nature. It’s a product of the Earth’s ability to manifest greatness even in the darkest corners of its core.

This stone is a form of Chalcedony. Typically green in color, Moss Agate contains several impurities. However, those impurities are the source of its organic look.

Inclusions of Manganese, Chrome, and Iron create distinct patterns within the semi-transparent rock. Hues of brown, black, and green produce an awe-inspiring appearance that looks like the tendrils of moss growing on rocks in a foggy forest.

Eventually, the meaning of Moss Agate evolved into an amulet of protection. Warriors would utilize it to ensure that they came home from battle victorious. Even priests and tribal shamans thought that it played an essential role in healing practices.

Many of those long-held beliefs about this healing stone are thought to reign true today. With powerful properties and a beautiful look, this is a stone that’s not going anywhere!

Moss Agate is a versatile stone with many different meanings.

But even throughout history, the core Moss Agate meaning has always been tied to nature and new beginnings. It’s actually called the “Stone of Mother Nature,” representing her beauty and power to persevere.

It’s a gemstone of new beginnings. The energy and properties that Moss Agate contains are said to facilitate new dawn! Like the growth process of plants shooting through the soil, it can help you rise from the deepest of lows so that you can shine bright and flourish.

Moss Agate is also a powerful stone for money and prosperity. Some would even go so far as to describe it as a totem of luck! It’s said to invite karmic positivity, allowing you to see success in everything that you do.

There’s a lot to love about Moss Agate. From a purely aesthetic standpoint, the rock is a standout beauty that anyone would be lucky to have in their collection.

However, Moss Agate can offer a whole lot more than surface-level beauty. Crystal practitioners seek out the healing properties of this stone to influence their mind, body, and soul, affecting nearly every facet of their life.

Here are some of the stone’s most remarkable healing properties and potential benefits.

Emotional healing is one of the most popular reasons why practitioners seek out Moss Agate. The impacts its healing properties can have on your emotional well-being are said to be profound and long-lasting.

This mineral can create many changes in your mind. But at its core, Moss Agate is all about generating a wave of calm. It’s like that feeling you get whenever you walk into a lush garden at the crack of dawn. The rich, foggy air provides a unique sense of tranquility as if all was right and peaceful in the world.

Moss Agate’s energy and healing properties are said to create that feeling no matter where you go!

This counteracts those negative emotions that people experience throughout the day. Many individuals fall prey to dark energy, succumbing to feelings of apathy and overall hostility. Emotions can become volatile, changing at the drop of a hat.

Moss Agate is said to keep things in perspective. It switches the way you think, creating a nice balance between all of your emotions. That way, you don’t go all-in with rage or sadness whenever the moment presents itself. You can approach situations with reasons and prevent your feelings from overwhelming you.

As a stone of luck and prosperity, many believe that the meaning of Moss Agate encourages you to pursue passions and ideas. It’s a naturally inspiring mineral that can help you come up with your most creative ideas yet! Whether your creative outlet is business-related or artistic endeavors, the stone may help you flourish and see success.

Spiritually, Moss Agate is refreshing. Like a fresh spritz or morning dew, it rejuvenates your soul and enables you to approach life with brand-new eyes. Remember, Moss Agate is the stone of new beginnings. Because of this, it can take you on a life-changing spiritual journey!

Many say that using the stone during meditation opens your eyes to the beauty around you. It helps you appreciate the little things and not worry about the things you don’t have.

It’s also an excellent stone for looking into the mirror and finding beauty in the reflection. Many people develop unhealthy thoughts about themselves or what they have to offer to the world. Moss Agate illuminates the beauty you have within yourself. You can learn to love your strengths and appreciate your place in life.

Of course, Moss Agate can lead to spiritual growth as well. It has the uncanny ability to raise your sense of awareness and tap into the collective consciousness. Whether you believe in a specific religion or just want to adopt a better moral attitude, this stone is said to help you get there.

The meaning of Moss Agate also encourages contemplation, which ultimately can take your meditation sessions to an otherworldly plane.

Moss Agate is said to bring on an incredible array of physical perks.

It’s often used with the intention of improving the immune system, preparing you to fight off disease and illness. Those who suffer from small colds and allergies have the most to gain! Practitioners say that having the stone by your side will strengthen your antibodies and ensure that your body can fight off infections naturally.

The same goes for inflammation issues. A common theory is that Moss Agate’s energy can act like a natural anti-inflammatory. It gives your body the kick it needs to stay in good health!

Some think that the healing properties of Moss Agate can also impact the brain. Many believe that it enhances neural activity, which could ultimately improve focus, perception, and your abilities to analyze problems in front of you. According to some practitioners, it can even keep bouts of depression and anxiety at bay.

Healing stones like Moss Agate are capable of governing energy flow throughout the body. Negative emotions and painful life experiences will create blockages in those energy networks, preventing you from reaching your full potential. However, Moss Agate works to free those blockages and enhance your auric field.

This is a profoundly effective root chakra scone, and it can also influence the heart chakra.

It’s where energy from Mother Earth enters your body. When life force energy isn’t able to get in, you can start to feel lost and complacent. Your sense of stability goes out the window, which may force you to make rash decisions about your life.

Moss Agate is the ultimate root system! Just like the rhizomes of a plant, this stone will hold onto your metaphysical body to keep you grounded and stable.

The earthy green stone will also trigger the heart chakra, which is called Anahata. This energy point governs your emotions of love, forgiveness, compassion, and empathy. When it’s blocked, you might have issues connecting with others.

Ways To Use It

Thanks to its natural beauty, properties, inspiring meaning, and wide availability, you won’t be hard-pressed to find ways to use Moss Agate.

It’s a favorite among jewelry-makers and artists. In jewelry form, Moss Agate makes direct contact with your skin. It stays within your auric field to keep your emotions balanced. Plus, many say that jewelry can attract more luck and karmic rewards.

Loose stones and pocket rocks work great too. While it’s not on your skin, polished chunks of Moss Agate are easy to carry around. Whip it out whenever you need some extra emotional strength or luck.

Decor is a popular choice as well. Points, pyramids, and even carved statues are up for grabs! Whatever form you choose, Moss Agate will fill the room with healing energy. The room becomes a well of positivity and calm, flushing your auric field whenever you enter.

How To Cleanse It

Moss Agate has powerful vibrational energy that you can feel. While the meaning of this stone is all about creating a sense of calm, the power it contains is electric. It’s full of vigor and positive emotions.

However, like most healing stones, that energy can fade over time. Constant exposure to negativity will dampen the stone’s power over time. Luckily, a simple cleansing can perk the gemstone right up and help you fully enjoy its properties!

Cleansing Moss Agate is relatively easy. There are many ways to recharge it and take full advantage of its healing properties.

The most straightforward choice is to place it among plants. Moss Agate thrives in the presence of lush greenery. Leave it near your garden for several hours, and it’ll be good to go.

Another option is to scrub the stone with lavender or sage. Both herbs are powerful and healing, which will help Moss Agate perk up.

Finally, you can wash the stone with clean water. Avoid using any soaps or chemicals. The rush of cooling water is all it needs!

Moss Agate is a beautiful companion for Virgos. Those born under the sign are very detail-oriented and passionate about their endeavors. They get so caught up in being successful that they often forget to take a breather and live life a bit.

Not only that, but they put their expectations at an all-time high. When things don’t go as planned, many Virgos fall into a spiral of self-doubt and self-blame. It’s an unhealthy cycle that does not bode well for their emotional health.

The properties of Moss Agate can address those concerns head-on. First, it encourages Virgos to live a little more spontaneously. It doesn’t take away their drive or dull their pursuits. Instead, it pushes them to go beyond their norms and enjoy life a little more.

Secondly, Moss Agate provides the calming energy Virgos needs. It opens their hearts up and helps them look inward for peace. The stone strikes a nice balance between the constant pursuit of success and finding pride within your work no matter how things go.

The main Moss Agate meaning of nature and new beginnings is something we’ve always resonated with. These elements influence our life significantly, and being able to harness them to achieve balance and move forward is incredibly powerful.

We hope you enjoyed this guide and give this stone a try. You won’t be disappointed! 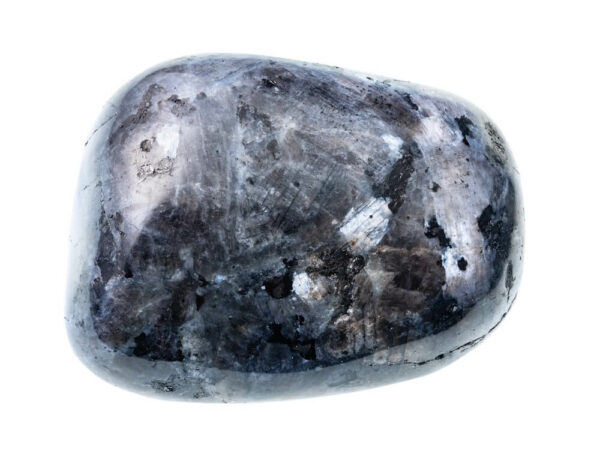 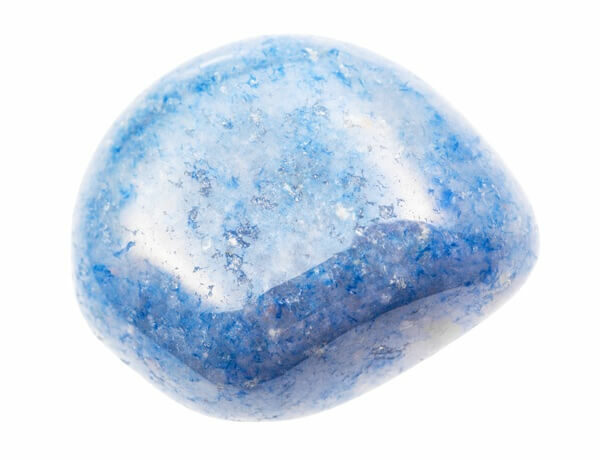 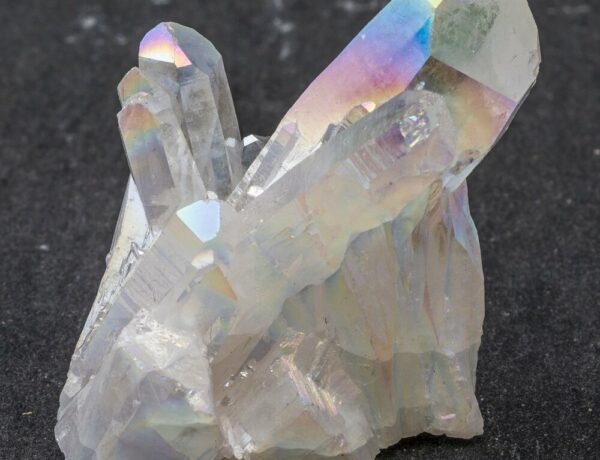