Celestite is a fascinating crystal with powerful properties and a compelling meaning. Due to the benefits it can provide, it’s a great choice for those who are interested in elevating their spirit and finding clarity in their life.

This guide will teach you all about this amazing stone, and the impact it can have on your life.

Sometimes called Celestine, the Celestite is a gorgeous sky-blue crystal that hums with some really impressive healing vibrations. It’s naturally-occurring throughout the world, bringing angelic beauty to healers and meditators throughout the ages. Known for its soft color and eye-catching luster, the stone has a number of strong ethereal properties that can help you connect with otherworldly realms.

The stone was first formally introduced in 1792. However, Celestite has been around for much longer. It’s a natural geode crystal that’s composed of strontium sulfate (SrSO4). Scientists named it after the Latin word “Caelestis,” which roughly translates to “celestial” or “heavenly.”

Healers and spiritual believers weren’t the only ones to take interest in Celestite. Scientists found the crystal fascinating as well due to its strontium content. The formation process is an interesting one that involves a simple single-cell organism called Acantharea.

The Acantharea protozoa created rudimentary skeletons by biomineralizing strontium. The crystal-shaped skeleton resulted in a star-like appearance for the Acantharea, which only further cements this stone’s heavenly nature.

After the Acantharea dies off, it does not fossilize like other organisms encased in stone. Instead, the strontium crystallized further, resulting in the awe-inspiring ethereal beauty of the Celestite crystal!

For metaphysical healers, Celestite is a teacher for the New Age. The meaning is all about finding peace within yourself and elevating the spirit.

This powerful crystal emits ethereal energy, allowing you to become better connected and understand realms beyond our own.

Many seek out Celestite for the various mystic powers that go beyond our standing in the physical world. The most common intention of using this crystal is for the improved access to cosmic realms, which can open up your mind for better clarity in your daily life here on Earth.

This crystal can elevate the spirit while helping one achieve a better understanding of their purpose and path to peace! In a world where uncertainty and self-doubt is common (and natural), this kind of clarity can be transformative.

A core Celestite meaning is inner peace, which is why this stone is so heavily sought-after. You’ll often see it being used during quiet meditation to calm and unburden the mind. Some even utilize it as a totem, reminding them to be mindful in our chaotic world.

There’s no denying that Celestite is a beautiful stone. One look at the stone’s soft color and dainty composition is enough to bring light into anyone’s life!

That said, many also tout the various healing properties that Celestite possesses. Some say that the crystal is a New Age chillout stone, serving many many facets of one’s life in interesting ways.

Here are some of the Celestite healing properties and benefits that many individuals seek:

Overall, Celestite is typically used for metaphysical healing. However, that doesn’t mean that you can’t use its strong vibrational energy to potentially experience physical benefits as well.

Oftentimes, emotional baggage can take a toll on the body. It’s something that many people go through without even realizing it. Fiery emotions and lingering negative energy is said to sour the body, resulting in physical symptoms with a source that can’t be clearly identified.

In this area, the healing properties of Celestite may be able to provide lasting relief once and for all. Many believe that the stone will address anxiety and stress-related disorders like acne or even digestion issues.

The ethereal crystal is said to cleanse the entire body of negative energy and improve your overall aura. When this happens, users say that harmful toxins are purged. The theory is that every cell in your body is imbued with Celestite’s healing energy, giving you the power to push out toxins and negativity for better overall health.

This is something that you see with other crystals as well. When you feel good mentally, the body will often see improvements as well. Many even use this as a crystal for fertility as well!

Many consider the Celestite crystal to be the New Age remedy that soothes the rough textures of life!

Negative emotions have a big impact on our daily life, whether you’re aware of it or not. They can cloud the mind, removing all sense of wisdom and clarity in yourself (and also those around you). As a result, many experience negative repercussions that affect all facets of life.

One of the great Celestite properties is its ability to get rid of those lingering negative thoughts, allowing a sense of calm to rush right in. Healers seek out this crystal to help clear the mind of resentment, anger, and even pain.

Once you’re able to get that negative energy out of your mind, you’ll be free to achieve true peace and a higher state of spiritual being. This is one of the reasons why the stone is a favorite among meditators, since the pursuit of a free mind and mental clarity is at the root of their practice.

Better mental clarity will help you approach personal relationships more openly. This will allow you to have more transparent and meaningful communications, which could resolve those conflicts that are weighing on your heart.

It’s said that the mental clarity from Celestite also opens you up to new experiences, pushing you out of your comfort zone while still maintaining the peace you’re after. This newfound ability to seek and enrich yourself with the gifts of life is another amazing benefit that many Celestite users experience.

As mentioned earlier, Celestite is commonly used by meditators. In addition to bringing inner peace and balance, many seek out this crystal for the purpose of elevating their spiritual growth.

It’s said that sitting with Celestite will let your spiritual essence connect with other cosmic realms. Celestite has the energy to tap into your psyche, unlocking powerful intuition and opening up the pathways you need to receive otherworldly messages.

In healing circles, Celestite is one of many stones that are used with the intention of providing an angelic connection. Some even believe that it helps you communicate with celestial guardians, granting more protection and enlightenment than ever before!

People say that Celestite reminds them of the divine light within. It acts as a physical reminder of their greater spiritual purpose and has the ability to invite the presence of angels into their lives. Those angels can help keep that spiritual light with you burning strong, no matter how many of life’s curveballs try to diminish it.

This delicate crystal is said to have many connections to the metaphysical world. That’s why it’s used so frequently in energy healing and aura balancing practices. These powerful metaphysical properties can promote balanced energy, leading to an overall sense of peace and purpose.

The first metaphysical connection that healers seek from Celestite has to do with the Throat chakra. Placing the stone on this chakra serves to remove blockages, allowing you to communicate more freely while also opening you up to potentially receive cosmic messages from other realms.

Celestite is frequently used on the crown chakra as well. The reason for this is that arousing the crown chakra has multiple benefits. The first is its ability to expand your vision to the farthest reaches of the cosmos! The second is its connection to the eighth chakra, the soul chakra.

For healers, the soul chakra is the source of divine wisdom. The reason why it’s important to clear and align this chakra with Celestite is that it pushes you further on your journey to enlightenment and spiritual ascension.

Finally, Celestite can even work wonders on the third eye chakra (called Anja). This is the chakra for understanding and mindfulness. Many recommend using Celestite on your third eye to unlock your deepest intuitions and open up the floodgates for infinite wisdom.

There are many ways to use this delicate crystal.

Many bring in Celestite as a way to aid their existing meditation practice. You can hold it in your hand throughout a traditional guided meditation, or many up your own practice with the intention of seeking a spiritual journey.

Another way to use Celestite is by taking advantage of its properties as a great auric room cleanser. A common technique is to pick up a slab and place it in your bedroom. The beauty of the crystal will add an ethereal touch to your decor (it really looks quite stunning). Meanwhile, the properties of Celestite will radiate throughout the room to benefit you at all hours of the day.

If you have a specific issue you want to address, you can also apply it directly to your chakra points. Many like to apply it to their third eye for a few moments before bed to promote peaceful sleep. Some will also apply it to the crown for enlightened dreams and spiritual protection.

Celestite also makes for a great addition to jewelry. The crystal is far more delicate than others, so it’s typically used in smaller chunks or in a setting.

Either way, direct contact with this stone has the potential to maximize energy absorption and help you stay connected to those harmonic vibes no matter where you go. The mere presence of the stone can also act as a totem for mindfulness. Many users say that having it nearby as a reminder helps you in your pursuit of achieving spiritual Nirvana, mental clarity, and inner peace throughout the day.

Celestite is not directly connected to any one of the zodiacs specifically. However, this crystal can be a bit more helpful for a few signs thanks to its metaphysical and emotional benefits.

Libras are said to benefit from this stone the most. This is due to the strong emotions that Libras have, which can have both a positive and negative impact on their life. The emotional clarity that Celestite can help provide will help provide balance if a pattern of negative thoughts and emotions begins to develop.

The same theory applies to its role as a stone for the sign of Taurus. Taureans are said to be hot-headed and fiery, and Celestite can help keep those traits from getting out of hand.

Finally, there are Gemini and Aries signs. Those born into the Gemini are said to suffer from self-acceptance. Since Celestite can strengthen the throat chakra, this can provide the necessary guidance and encouragement to help Geminis on the path to self-acceptance and peace.

Meanwhile, Celestite can also promote mindfulness in Aries. Those born under the banner of Aries are said to be goal-oriented and focused. Celestite has the ability to remind them to sit still and find peace rather than race to their achievements.

As you can see, there are a number of signs that can be aided by Celestite. However, it’s still a great crystal for just about anyone!

Is This What You’re Looking For?

The meaning and properties of Celestite make this crystal a great choice for many people. However, there are many who will benefit from it far more than others.

If you think you’re in this group, we highly recommend giving this stone a chance. There are plenty of ways you can incorporate it into your life to see benefits emotionally, spiritually, and even physically. 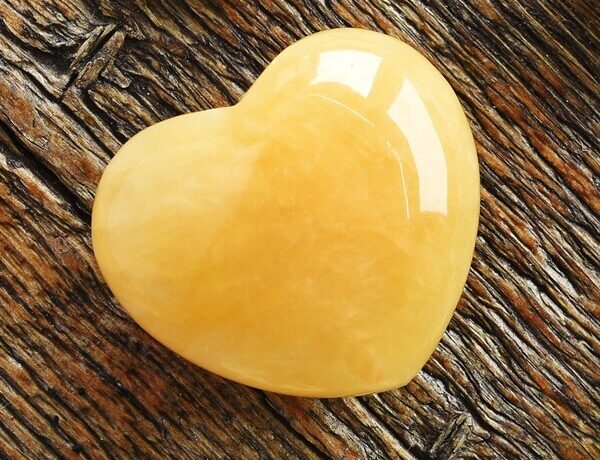 Golden Healer Quartz: Meaning, Properties & How To Use It 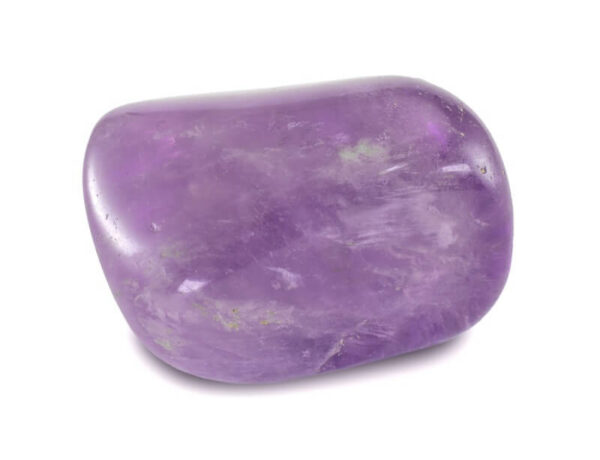 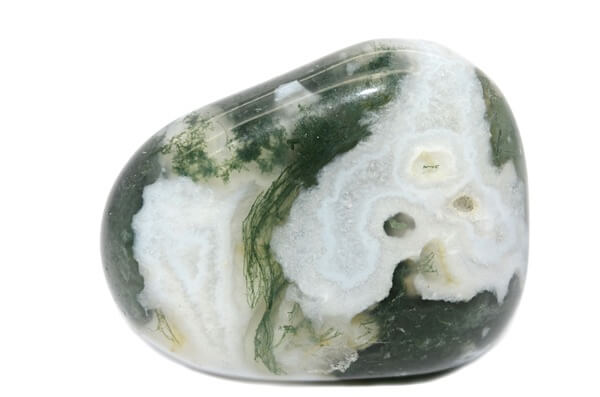