Rainbow Hematite: Meaning, Properties & Ways To Use It

Rainbow Hematite is a unique looking stone with a number of powerful healing properties. While it hasn’t been that popular historically, more practitioners are starting to take notice of its potential.

Because of this, there’s been a lot of misinformation being passed around online about this stone. So we want to set the record straight.

This guide will teach you about all the details and benefits of Rainbow Hematite. From its meaning to the various properties it contains, we have you covered!

Gleaming with all the colors in the light spectrum, Rainbow Hematite is a whimsical stone that can bring a lot of positivity into your life. While not particularly rare, this stone is actually not very well-known in the healing world.

Hematite is not new to the world of geology. It held an important role in ancient cultures around the world. Rainbow Hematite, on the other hand, is a more recent discovery.

Back in 1844, a German mineralogist found some specimens near Nizhnyaya Tunguska in Siberia. He named it Turgite after the location. The name stuck for nearly a century.

But in the 1920s, Turgite was discredited as a unique stone. Geologists realized that Rainbow Hematite was nothing more than a natural mixture of Hematite and Goethite. It’s a type of iron oxide with aluminum phosphate particles.

The discovery changed the way scientists viewed Rainbow Hematite. But for crystal practitioners and collectors, the name stuck! It was introduced to the crystal healing community in the 1980s and 1990s.

Widely revered for its iridescent finish and healing properties, Rainbow Hematite is slowly becoming a staple in the crystal community.

The core Rainbow Hematite meaning is rooted in its role as the ultimate grounding stone. Traditional black Hematite already has a strong connection with Mother Earth, but this multi-colored variant takes things to a new level.

The stone has the potential to help you connect with higher powers, unlocking your ability to ascend into the cosmos spiritually while getting rid of any limitations you feel you might have. It transcends your physical being, allowing you to find enlightenment without getting lost in the fray.

Rainbow Hematite keeps you firm in your place, giving you the strength to stand up to any negativity that swirls around you. The meaning and properties of this stone promote equilibrium, encouraging self-confidence and giving you the freedom to explore on a deeper level.

Based on pure aesthetics alone, Rainbow Hematite is beautiful enough for everyone to enjoy. However, it has a number of healing properties that make it an attractive option for many healers.

This gorgeous stone possesses powers and energy that go beyond the physical realm. Practitioners seek it out to help them manifest positivity in their mind, body, and soul.

Without a doubt, the properties of Rainbow Hematite have the largest influence on your emotional well-being. The appearance of the stone accurately reflects its healing nature.

At its core, the stone is dark and enigmatic. However, an iridescent sheen on top brings light into an otherwise dull finish.

Rainbow Hematite has a similar effect on your emotional state. It can absorb all the old energy you’re holding on to. The stone reaches deep within the confines of your emotional well, pulling darkness into the light.

Once it unveils those dark thoughts and self-destructive habits, it transmutes it into something positive! The stone sends unwanted energy down to the Earth where it can transform into hope and optimism.

Many say that the properties of Rainbow Hematite can also facilitate a greater sense of understanding and self-worth. When you’re able to finally let go of all that pent-up negative energy, you’re free to live life to the fullest! The cleansing process removes self-doubt, helping you find purpose and a true vigor for life.

Its meaning and role as a peace-bringer can help you feel stable no matter how chaotic your life gets.

If you’re in need of a spiritual awakening, Rainbow Hematite is a fantastic stone to have in your life.

As mentioned earlier, healers use it to help connect them to a higher power. No matter what you believe in, Rainbow Hematite can help bring you closer to enlightenment.

It integrates spiritual energy from ethereal realms into your physical body. As a result, you can take spiritual wisdom and protection with you wherever you go. The root Rainbow Hematite meaning will also inspire you to keep your spirit open throughout the day.

Emotional and soul-healing properties are where Rainbow Hematite gets its acclaim. However, this unique stone is also thought to provide some unique physical perks.

Some Rainbow Hematite samples are magnetic, but even the ones that aren’t are considered by many to provide some level of protection against electromagnetic fields. Lots of healers believe that the stone is internally charged, causing a physical reaction to EMFs.

This means if you’re sensitive to EMF exposure, Rainbow Hematite can help keep you protected. Its properties soak up EMF rays, ensuring that they don’t affect your body or energy levels.

More directly, Rainbow Hematite is often used with the intention of improving autoimmune response. The charged energy is thought to encourage balance within your nervous system and immune system. In turn, it has the potential to make you more attuned to kinks in your armor that can lead to illness.

Practitioners say that the stone strengthens your body from within, giving you the power to fight off a wide range of health problems. In addition to common colds, many seek it out to keep them safe from serious ailments like blood problems.

One of the stone’s most impactful physical benefits is its touted ability to help combat insomnia. Many swear that Rainbow Hematite can promote more restful sleep, which is said to only promote better health overall.

In the world of metaphysical healing, Rainbow Hematite’s effects are vast and overarching.

The color of the stone naturally resonates with all of your chakras. Each chakra connects with a specific color. Thanks to the stone’s properties and iridescent finish, it’s ready to get rid of bad energy no matter where it lies on your auric field.

Overall, Rainbow Hematite can promote balance and proper life energy flow. However there are a couple of chakras where it has the greatest impact.

First and foremost, this is a powerful stone for the root chakra. Called Muladhara, it is the first of the seven primary chakras. It acts as your foundation, absorbing energy from Mother Earth.

You need the chakra to be open and clear. Otherwise, you may end up feeling lost and uneasy with your place in the world. Rainbow Hematite is a powerful grounding stone that helps keep your metaphorical feet on the ground.

According to many healers, Rainbow Hematite also communicates with the solar plexus chakra, known as Manipura. This energy point governs your sense of self and personal freedom! When it’s blocked, your mind becomes riddled with self-doubt and fear.

Finally, Rainbow Hematite is said to resonate with the crown chakra. The uppermost chakra on your body, it is the bridge to the cosmos! It’s the center of spiritual enlightenment and can help you with higher forms of guidance.

This stone works in-tandem with the crown chakra, encouraging you to go on a spiritual journey and tap into your universal consciousness.

Like most stones, Rainbow Hematite is versatile enough to use in many different ways.

The most popular way that crystal practitioners incorporate it into their lives is through jewelry. The natural beauty of the stone lends itself well to pendants, beads, and more.

In necklaces and bracelets, Rainbow Hematite is said to be a powerful shield against EMF radiation. As jewelry, it remains in your auric field to make sure that the ill-effects of exposure do not harm you.

Smaller polished rocks are popular as well. In this form, they make great additions to your meditative crystal collection. You can feel the weight of the stone in your hands as you reflect on its meaning, or even use them to create grids.

If you prefer something more organic-looking, raw cuts as available as well. They take on a drastically different appearance. These samples highlight rough grains and sporadic textures.

Raw rocks look great as decor. Not only that, but they fill the room with positive energy to give everyone a mood-enhancing boost whenever they enter.

Rainbow Hematite isn’t connected to any zodiac sign in particular. However, many healers say that it resonates most strongly with those born under Aquarius and Aries.

For both signs, the stone’s power lies in its grounding capabilities.

Aquarians aren’t fans of the status quo. They like to mix things up and usually don’t have a problem with change. However, the constant need for new environments and experiences can make them feel unstable.

Rainbow Hematite provides that grounding energy they need to feel confident in life. While they never show it, Aquarians will relish the sense of familiarity and safety it brings.

The same goes for Aries. However, the stone’s effects work a bit differently. Mars rules Aries. So, they can be a bit hot-tempered and impatient with people.

That constant frustration leads to some emotional imbalances that can get out of hand pretty quickly. Rainbow Hematite softens the blow a bit, encouraging Aries to stay calm under pressure.

Being grounded and open to the world is the core Rainbow Hematite meaning, and one that many of us can benefit from. While this stone used to be considered merely a gimmick, more crystal healers are beginning to incorporate it into their practices (with great results).

If you’re looking to bring balanced and grounding energy into your life, we encourage you to give Rainbow Hematite a shot! 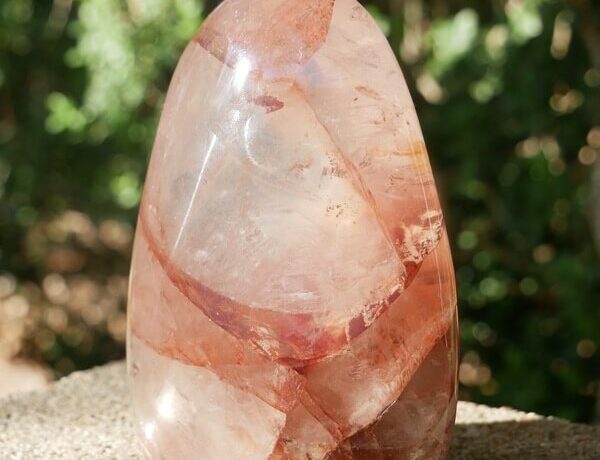 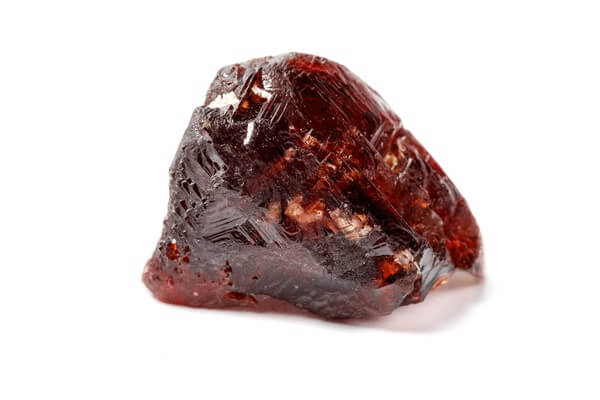 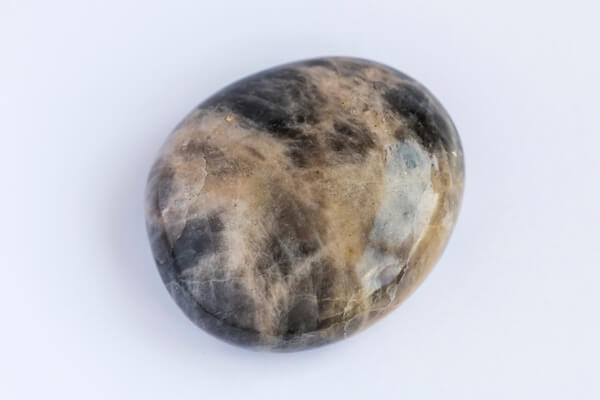