Larvikite is a unique stone with special energy that many people can benefit from. The strong influence it can have on how you perceive and deal with change can truly alter the course of your life!

This guide will go over the core meaning of Larvikite, and the various properties this stone possesses. Trust us, you’ll want to read the whole thing!

Larvikite is an enchanting stone with an otherworldly appearance. Typically dark blue, gray, or black, the stone features prominent inclusions of Nepheline or Quartz. The presence of these minerals creates a gorgeous luster, which is called the Schiller Effect.

The Schiller Effect creates flashes of silver and blue throughout the naturally dark backdrop of the stone. The finish is only visible when the stone is cut from a specific angle. As a result, it’s a prized stone that has captivated collectors and artisans for centuries!

Originally, Larvikite was discovered in 1884. Its name comes from the Larvik Fjord region in Norway. Most Larvikite, whether raw or finished, comes from Norway. It’s the official national rock of Norway. Though, some other sources of the rock have been found in Ontario, Canada as well.

Larvikite is an igneous stone that formed nearly 300 million years ago at an estimated depth of about 18 miles below the Earth’s surface. It’s made up of almost entirely feldspar, so it has a similar chemical composition to granite and other popular stones. However, the small chemical changes and its formation process make Larvikite like no other.

The stone is found within the Larvik Plutonic Complex. It forms inside Plutons, which are forms of crystallized magma that remained underground. Named after the Roman God of the underworld, Plutons form deep underground, creating the perfect environment for Larvikite to develop!

Beyond healing, Larvikite is also popular for commercial applications. It’s frequently used for decorative architectural elements. You might see it on the roofs of old ornate buildings or as an awe-inspiring sculpture. More recently, Larvikite has become a sought-after material for kitchen countertops!

The stone is so beloved that it’s even designated as a Global Heritage Stone Resource by the International Union of Geological Sciences.

Larvikite is a symbolic stone with many meanings. It’s said to harbor cleansing energy that has the power to provide inner peace and change.

Many call in the “Stone of Inner Transformation.” Despite its dark and mysterious appearance, the stone is said to cleanse your body and spirit of bad energy. As a result, it’s thought to provide meaningful change to whoever holds it.

The meaning of Larvikite represents the possibility of positive change and adaptation. We constantly go through some level of change throughout our lives, and some people handle major changes better than others. Past experiences create inner turmoil that prevents people from moving forward and accepting change no matter how positive it might be.

It allows you to see and recognize bad energy when it surrounds you. But instead of allowing it to latch onto your body and soul, Larvikite has the ability to protect your auric field so that you can conquer anything that life throws at you.

Since its discovery, Larvikite has been sought-after for everything from architecture to interior design. There’s no denying the stone’s physical beauty and aesthetic appeal.

However, this stone is capable of so much more.

Many healers and meditators turn to Larvikite for the various healing properties it possesses. This can lead to emotional, spiritual, and sometimes even physical benefits.

Below are some of the most notable benefits this stone can have on your life.

Larvikite is an ever-popular stone for crystal healers looking to take advantage of its emotional healing properties. This stone has the ability to help you move on from past traumas and pain.

Many people suffer from lingering negative thoughts. Past memories cloud up the mind, creating a storm of emotions that is difficult to breach. No matter how hard they try, many are unable to find the closure they so desperately seek.

Many experienced healers suggest that Larvikite can grant that closure. It promotes acceptance and reality for what things really are, which matters because we cannot change the past. Not only that, but your life is not karmic retribution from your past mistakes and failures!

Larvikite helps bring that realization, allowing you to be more emotionally aware and present. Rather than dwelling on those past pains, you can recognize the lessons they provide and finally move on.

Another big emotional benefit is the stone’s uncanny power to help you be more aware. It provides greater convictions in your beliefs (both conscious and subconscious) while making you more attuned to your own feelings.

Many use this stone to encourage them to test their thoughts against reality. It has the potential to shift your perspective, forcing you to look at all of life’s experiences through a brand-new lens. Instead of comparing the things you’re feeling and experiencing to the emotions of the past, Larvikite grounds you to reality in the present!

As a result, you can approach every situation with new eyes. It grants the gift of emotional clarity, ensuring that you’re not driven by those dark energies anymore! You can make sound decisions that impact your life positively, giving you the chance to journey through life without second-guessing your thoughts or being plagued by regret.

All of these effects also help to alleviate one of the most common forms of dark energy there is: anxiety. Anxiety is a gut reaction for many. It prevents people from living in the moment and causes you to make emotionally driven decisions that might not be what you really want.

Larvikite’s cleansing powers can provide the clarity you need to make sure that your life isn’t overtaken by anxiety. It dispels that negatively and encourages you to focus on your true emotions and all the positivity around you.

Larvikite is a powerful shaman stone that many believe can deepen your connection with realms beyond your own.

In addition to the cleansing energy it radiates, the properties of the stone can provide ongoing protection. Larvikite acts as a spiritual and auric shield, causing dark energy to bounce off you from all directions. It can also cancel out dark hexes and spells to keep you safe.

Many say that Larvikite encourages you to take those spiritual journeys, opening you up to a universe of cosmic experiences. The stone keeps you safe and grounded, but it allows you to explore etheric realms to have a better understanding of your place in the universe.

It helps you receive messages from the Ether and gives you the tools you need to interpret them.

Here on Earth, Larvikite can heal spiritual wounds and sharpen the mind as well. The mystical stone has an innate ability to focus your thoughts. You can do away with extraneous thoughts that run wild, allowing you to focus and find inner peace.

This stone is predominantly used for its emotional and physical healing properties. However, these positive impacts on your inner being can reportedly lead to some physical manifestations as well.

Some believe that this stone has a positive effect on the physical brain. Many crystal healers recommend it for stroke victims or those who have suffered some type of brain injury. They use it to try and promote healing and help people overcome learning disabilities that might come from physical damage.

On other parts of the body, Larvikite is said to encourage toxin purging. Many users claim it has helped them with muscular detoxification, ridding the body of lactic acid and harmful toxins that can get in the way of physical health.

As a result, some say that it improves metabolic function, nerve function, and cardiovascular health. Those benefits are typically viewed as a positive side-effect of the core emotional and spiritual healing this stone provides. When stress and anxiety aren’t taking hold of your body, you are far more likely to experience better overall health.

Even your skin might see some benefits! Larvikite is said to promote radiant and youthful skin while addressing problematic skin conditions.

The metaphysical properties of Larvikite mean it’s often used by practicing meditators and crystal healers. You can often find it on the menu as spa sessions and guided meditation groups!

The third-eye chakra is the seat of intuition. It impacts mental clarity and guides your emotions.

As we mentioned earlier, Larvikite is particularly effective at emotional healing. Not only does it help heal wounds from the past, but it encourages you to think more clearly and compare your emotions with reality. When pressed against the third-eye chakra, it provides balance in the energy flow to improve perception and ordinary sight.

It offers similar benefits to the root chakra. The root chakra is all about improving your sense of safety and security. This doesn’t just apply to the physical sense. Rather it focuses on your feelings of security in the world and beyond.

When this chakra is not balanced, you may start to feel scattered and ungrounded. It often leads to feelings of instability and loss despite all of the positivity around you.

Larvikite provides that sense of stability you need. It’s a grounding stone with a powerful meaning that makes you feel more attuned with the Earth and your place in it!

There is no shortage of ways to use Larvikite. The stone is incredibly versatile and harbors healing energy no matter how you wish to use it.

Like we said earlier, Larvikite is often used in interior design and building projects. You would think that the stone doesn’t radiate energy in these forms, but doing so still offers many benefits!

Crystal healers say that even when used practically, it can provide you with healing light and positivity! The same goes for large slabs or raw chunks. Simply having it in your presence is enough to reap the rewards.

Larvikite is ever-popular with jewelers as well. Wrap it in silver wire and wear it as a necklace or bracelet. Direct skin contact can help grant you protection as you make your way through the world.

If you are a meditator, tumbled and polished Larvikite is also available. In these smaller forms, the stone is excellent for applying directly to your chakras. You can also keep it in your pocket as a worry stone to ward off anxiety whenever faced with tough situations.

Larvikite is versatile enough for anyone to use. It’s not reserved for a single zodiac sign.

That said, it does seem to have a stronger connection with the Aquarius sign. Aquarians are said to benefit the most from having the stone, as its benefits are well-catered to the needs of those born under the sign.

Aquarians are inquisitive, and some say that they are the most broad-minded of all the signs. Their curious nature radiates beyond the confines of the Earthly realm, leading to strong-willed personalities and opinions.

They are free-spirited and creative, chasing passions that benefit the world and those around them.

The stone keeps those born under Aquaria open-minded and free even if the world is telling them to stop! It’s a powerful companion stone that can give Aquarians the guidance and protection they need to explore their passions as they please.

The core Larvikite meaning of helping you accept change and move forward cannot be undervalued. The influence of these properties can lead you to do things you never thought were possible in your life!

With the world shifting an increasingly chaotic way, we need this stone now more than ever. Try it out and let us know what you think! 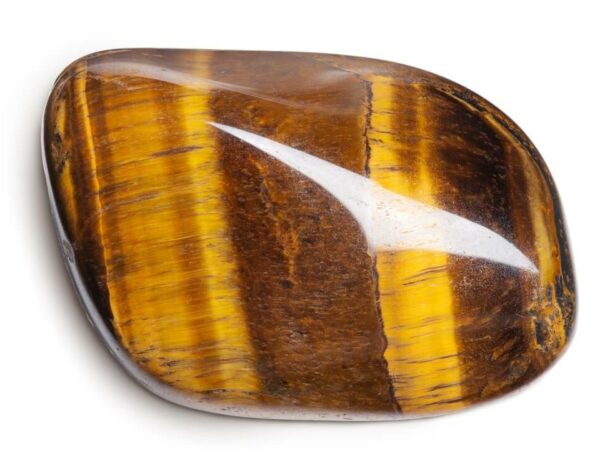 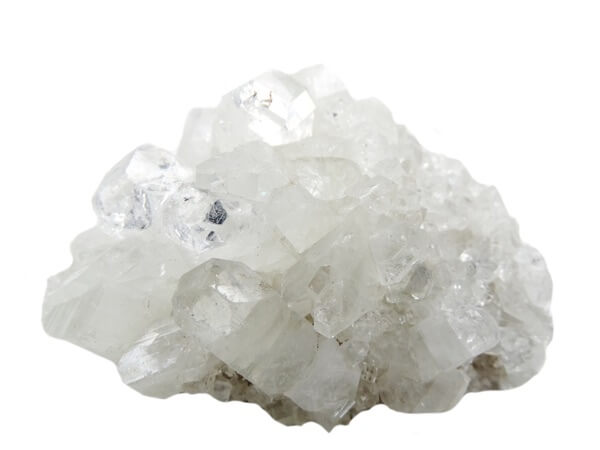