Labradorite is one of the most beautiful stones you can get your hands on. There’s no denying that.

But aside from its gorgeous appearance, it also has a number of compelling properties that crystal healers have been taking advantage of for quite a while.

This guide goes into the meaning, healing properties, and benefits of Labradorite. You’ll learn everything you need to know!

Take one look at Labradorite, and you’ll be reminded of the beauty and mysticism in our universe. This breathtaking stone is one of the most visually appealing in the crystal kingdom, containing shades of blue, green, gold, and more. Black striations throughout complement the spectrum of colors, creating an otherworldly appearance that will leave you speechless.

The physical appearance of Labradorite lends itself to some interesting lore. It has a strong historical connection to the Inuit people. Legend says a warrior discovered the stone and thought that the Aurora Borealis lights from above became trapped in stone. He attempted to free the light by smashing it with his spear!

Later on, missionaries found the stone and took it back to Europe, where it was revered. Europeans took it as a magical relic of land that little understood.

Labradorite was officially found during the 18ths century in the frozen tundras of Canada. Miners found it in the northern part of the country around Labrador, which it’s named for. Eventually, other deposits were unearthed in Finland and Russia.

Labradorite is a feldspar mineral that typically develops in thin tabular shapes. It has an interesting finish, which is one variety of the Schiller effect. The stone has an iridescent sheen that shifts from deep blue to green. The way this mineral defects light is so unique that the effect was called “labradorescence!”

Needless to say, Labradorite is a special stone that’s inspired fables and even influenced the scientific community. Even today, it continues to captivate crystal practitioners with its numerous benefits and properties.

Labradorite is forever linked to mysticism and the spiritual world. Since the first warrior stumbled upon it, this stone has been a symbol of things beyond human comprehension. It’s the link to the cosmos and spiritual realms we can’t see.

Many believe that this stone is a thing of magic. They say that the meaning of Labradorite lies within its ability to connect you to a higher being and help you transcend on a spiritual level. It can soothe a wandering soul and provide a glimpse into the magic of our universe.

Labradorite also represents unwavering courage and inner strength (it’s also considered a great crystal for protection). Like the swirl of stars in the Milky Way, it’s a shining beacon that cuts through the fabric of darkness at every turn.

Labradorite is thought to be highly transformative and beneficial. It’s said to influence many facets of your life, bringing newfound purpose and wisdom that other crystals simply can’t match! A favorite among many experienced practitioners, it contains a number of powerful healing properties.

Here are some of the most notable benefits that Labradorite can offer.

Labradorite has a knack for healing both fresh and old wounds. In the heat of the moment, it can calm a frazzled mind and prevent your thoughts from running a mile a minute. It’s perfect for chronic overthinkers or those susceptible to stress at the drop of a hat.

If you have old buried wounds, the healing properties of Labradorite can bring them to life. Some refer to this stone as the matriarch of the subconscious, as it can reach deep into your well of memories to bring old issues back to the surface. While it sounds counterproductive to your mental health, reassessing those memories is pivotal to your growth.

Another big perk of Labradorite is its penchant for clearing away junk energy that’s bogging you down. Many people have to feel the brunt of other people’s negative energy day in and day out. Eventually, that burden takes its toll and makes you feel stagnant and drained. That’s why it’s a commonly recommended crystal for empaths.

Like a beacon of hope, Labradorite pulls you from the trenches and blasts away the energy you don’t need to hold onto. Whether it comes from others’ negativity, the rigors of a hard day, or intense emotional challenges you must overcome, that energy is no match for this powerful stone!

With that cleansing, you can experience some newfound motivation. Many report feeling energized and ready to tackle anything! Some even say that the meaning of Labradorite gives them a boost of artistic inspiration, obtaining an eye that helps them create their best work to date!

Spiritually, the properties of Labradorite shine the brightest. It’s one of the most mystical stones in the crystal kingdom, facilitating transcendental experiences that can help you grow as a person.

Many call Labradorite the “Temple of the Stars.” It can bring light and energy from all the planets into your soul. This energy lets you penetrate the hidden walls of the ether, where the mysteries of the universe lie.

This stone facilitates exploration and encourages you to grow. No matter what you believe in, this stone can help you become more enlightened as your convictions strengthen. Your powers of intuition may become more potent as well.

Labradorite can also open a gateway between you and your guardian angels. They grant you more foresight and better intuition, allowing you to gauge situations more effectively and stay safe.

Ultimately, the properties of this stone capture the magic of mysticism perfectly. It’s the best companion you can have if a spiritual sojourn is in the cards for you.

While Labradorite is mostly used for spiritual and emotional strength, it’s said to have a few unique physical benefits too!

Many healers say that the respiratory system has the most to gain from Labradorite’s influence. The theory is that it strengthens the lungs, putting more power behind each breath. Some practitioners believe that it can address chronic breathing problems and provide relief from respiratory issues like bronchitis.

Other parts of the body may experience benefits as well. Some turn to this stone for help with PMS pains, rheumatoid arthritis, gout, and more.

Overall, many healers use it with the intention of improving their metabolism and helping them steer clear of stress-related ailments. Practitioners say it’s a multi-faceted stone when it comes to your physical health, putting a little light in your body to help you achieve better overall wellness.

With Labradorite’s strong connection to the spirit world, it’s brimming with powerful metaphysical properties. It can keep your aura in check, allowing life force energy to flow through you at any given moment!

The throat chakra is all about staying rooted in authenticity. It governs your ability to speak your truth and express yourself freely! Everyone can use a little empowerment every once in a while, and Labradorite provides that in droves.

It’s a talisman for communication, pushing you to speak honestly and openly about everything. Instead of second-guessing your words and being scared to speak your mind, the meaning of Labradorite pushes you to be true to yourself as much as possible.

The third-eye chakra is your seat of intuition. When energy can flow freely, it aligns you to your purpose and helps you see deeper into your own being. Labradorite helps you tap into a higher state of consciousness so that you can always take the exciting paths that align with your purpose.

Finally, there’s the crown chakra. The last of your primary chakras, it’s the taking-off point for your spirit! Many say it’s the “Bridge to the Cosmos,” as it facilitates universal consciousness, wisdom, and spiritual enlightenment.

Labradorite works to keep this chakra open so that you’re free to explore beyond the confines of our planet whenever you please.

How To Cleanse It

Like any other stone, Labradorite needs periodic cleansing to maintain its strong flow of energy. When you incorporate this stone into your life, you subject it to all kinds of perils. The negativity it encounters adds up and can eventually dampen the effect of its properties.

Fortunately, cleansing Labradorite is quite easy! It’s a hard water stone that doesn’t shy away from a little moisture. While it’s not brittle, the gorgeous finish of Labradorite is susceptible to scratches. So, it’s important to be gentle whenever cleansing this stone.

The easiest way to rid Labradorite of its burden is to run it under some water. You can even add a drop of soap to polish off the exterior. As long as you rinse it under cooling water, it will recharge and continue to serve you.

Another good option is to let it bask in the light. You can let it sit in the sunlight for several hours.

Different Ways To Use Labradorite

How you should utilize Labradorite depends on your lifestyle and needs. The natural beauty, meaning, and properties of this stone lends itself well to everything from jewelry to stone-based decor.

As jewelry, Labradorite will continue to whisk away bad energy. It remains close to the skin and all of the pertinent chakras so that it can work its magic.

If you prefer to adorn your home with the gorgeous colors of Labradorite, you can do that as well. Points, prisms, pyramids, and even raw cuts look fantastic as room decor. Many choose to place it on a shelf or nightstand.

Labradorite is also a good companion for meditation. Holding it in your hand primes you for a spiritual journey like no other. The stone will facilitate enlightenment and gently remind you of its meaning, allowing you to have impactful and memorable meditative sessions.

Labradorite is a versatile stone that can serve anyone well. However, its healing properties do seem to serve those born under specific zodiac signs a bit better.

This stone is linked to the aurora borealis, which is said to be most active during the brisk winter months of February and March. As a result, it’s closely connected to the Pisces sign.

Pisces are quite mystical in their own right, making the connection a natural one. That said, Labradorite is thought to address some of the Pisces’ shortcomings as well.

Those born under this water sign are said to hold onto memories longer than they should. They have a penchant for dwelling on things that don’t serve them. The meaning of Labradorite reminds them to let go of the past. It helps them dig deep and reflect on situations, illuminating the hidden lessons.

Pisces are also free-flowing and inquisitive. In this sense, Labradorite becomes a valuable tool for spiritual exploration. It lets their free spirit soar. Yet, it acts as an emotional tether to ensure that their minds do not race beyond the boundaries they aren’t ready for just yet.

Labradorite is a stone that can truly benefit anyone. With a compelling meaning and strong healing properties, its popularity makes total sense.

We highly recommend adding this stone to your current crystal healing practice. It won’t take long for you to notice the impact it has! 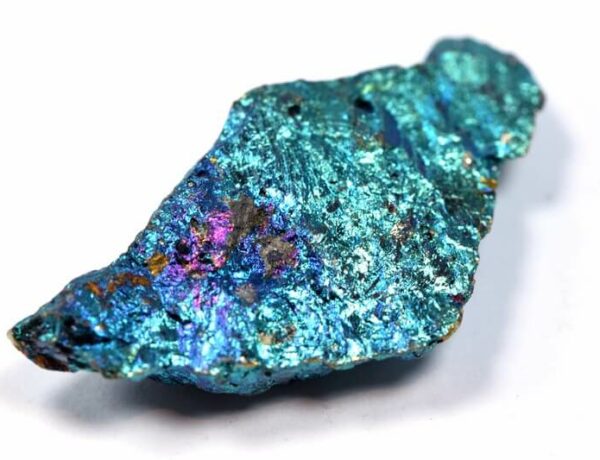 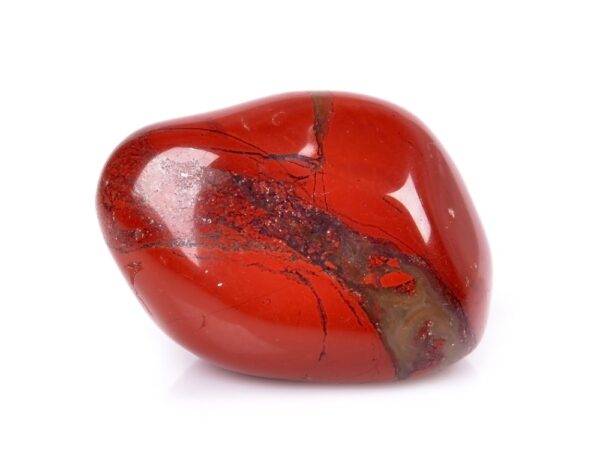 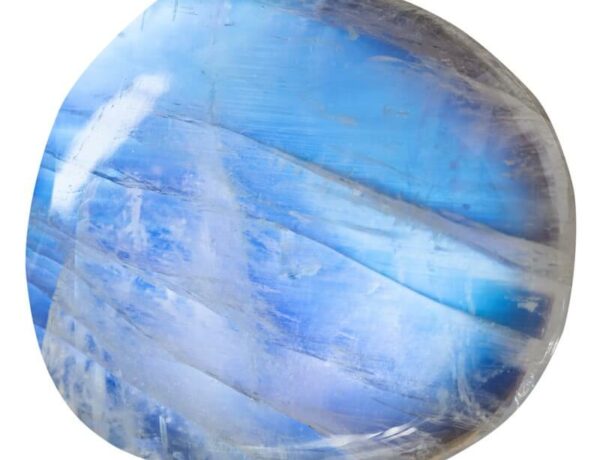