Can Labradorite Get Wet? The Surprising Answer…

Although many people believe that Labradorite can go in water, there’s a lot of misinformation out there on just how water safe it really is.

This guide will teach you everything you need to know about getting Labradorite wet in a way that won’t damage it in the future.

Can Labradorite Go In Water?

Labradorite, a type of feldspar, is a stunning stone that possesses an iridescent shimmer that is often compared to the Northern Lights. In fact, this stone is found in parts of the north such as Labrador, Finland and Norway.

Labradorite is often used as a healing crystal, and it’s common to find it in jewelry, in a feng shui arrangement or as part of a meditation practice. A question that many people have is whether or not it’s safe to put Labradorite in water. Strictly speaking, it’s fine to put this stone in water, but we don’t recommend making this a regular practice.

The benchmark that many people use to determine whether or not a stone is safe around water is the Mohs hardness scale. If the stone is a 6 or higher on this scale, then it can handle being in water. Labradorite, a 6 to a 6.5 on the Mohs scale, can safely be submerged in water without any negative effects. However, prolonged exposure to water may damage the stone.

In other words, Labradorite can get wet and safely go in water. If you are wearing Labradorite jewelry and you go swimming, take a bath or get caught in the rain, nothing is going to happen to your stone. You can even put it under running water as long as you wipe it dry right away with a soft cloth.

The problems occur when you put Labradorite in water consistently over time.

When doing this, you may notice that some of the sparkle has gone out of your stone. It may become dull, discolored, and it may lose much of its iridescent character.

Your Labradorite may also lose the protective coating that’s added to tumbled stones (if that’s the kind of stone you have). This coating makes the stone, which is very rough in its natural form, safe to touch. Too much water will remove that coating, and this can lead to stone damage and to your getting hurt on the rough edges of the stone.

Lastly, Labradorite contains the element sodium. This element reacts with water, and over time, tiny fissures may develop in your stone. This can lead to breakage and permanent damage.

Can Labradorite Go In Salt Water?

Despite what you may have heard about the benefits of cleansing stones in salt water, we very strongly discourage putting Labradorite in salt water. The idea behind using salt water is that it’s supposed to draw negative energy away from the stone, but a quick rinse under running water will do this as well.

As with fresh water, salt water won’t hurt your stone right away. But if you use a salt water soak on a regular basis, then you run the risk of damaging or discoloring your Labradorite.

To get the detoxing effect without the salt water bath, then you can place your stone on a bed of dry salt and leave it for a few hours. Just make sure to rinse it well and dry it with a clean cloth when you’re done.

Can Labradorite Go In Moon Water?

Moon water is water that has been imbued with the healing and spiritually uplifting rays of a full moon. This is a lesser known way of cleansing stones, but it is one that can be a beautiful monthly ritual. Labradorite can go in moon water, but again, it’s not a good idea to do it often or for long periods of time.

Using moon water basically involves placing your Labradorite into a jar filled with pure, chemical-free water. This jar is placed overnight in a spot that will receive the rays of the full moon.

However, if you would like to use moon water without getting your Labradorite wet, then you can follow the same method without putting the stone in the jar. After creating the moon water, you can pour it into a spray bottle. Misting your stone with this moon water will have pretty much the same effect, but it is less damaging than a total soak.

Can You Wear It While You Shower Or Take A Bath?

As we mentioned above, it’s totally fine to get your Labradorite wet occasionally. That means that if you wear it in the shower or bath once or twice, nothing is going to happen to the stone. We do not suggest, however, making this a regular practice.

Always make sure that the water in the shower or bath is not too hot or too cold. Extreme temperatures will damage the look and composition of the stone. Chemically treated water, shower or bath gels and other products may also damage or alter the color of your stone.

An alternative way to keep your Labradorite close while you bathe without needing to get it wet is to simply place it near the shower or bath. This will keep it safe from water damage, and you will still be able to have the healing and protective vibrations close to hand. Remember to wipe your Labradorite dry with a soft cloth to remove water droplets or condensation.

Putting your Labradorite in water as a form of cleansing is only one of the many ways that this stone can be cleared of toxic vibrations and negative energy. Let’s take a quick look at some of the most popular methods.

Placing Labradorite in dry, brown rice is a simple technique that will effectively remove all negativity from your stone. Leave your stone buried for 24 hours to get the best results. It’s very important to throw away the rice as soon as you are done because it will now contain all of the negativity that was in the stone.

Earlier, we talked about putting Labradorite in moon water. Using pure moonlight can be just as effective as moon water, and you don’t need to worry about it damaging your stone. Place your stone on a windowsill where it will receive the light of a full moon. Leave your Labradorite overnight for the best results.

Other ways to cleanse your Labradorite without getting it wet include using the sounds of a Tibetan singing bowl or crystal tuner and placing your stone on a crystal cluster or in a bowl of crystal chips.

As you can see, Labradorite can get wet. However, prolonged exposure can cause damage to this healing stone and hinder its effectiveness.

If you’re considering putting Labradorite in water, refer to this guide before you begin. It will help you maximize the lifespan and power of your crystal! 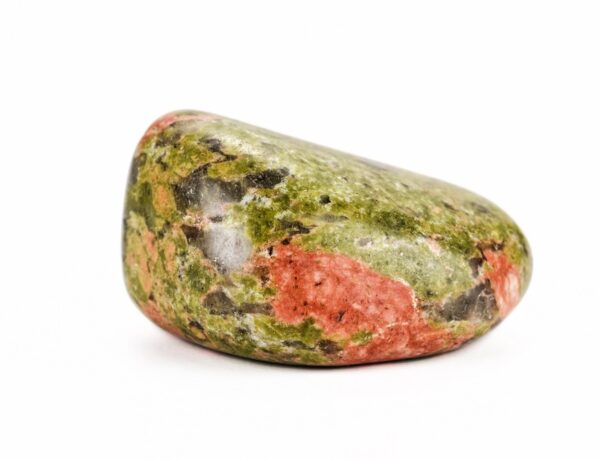 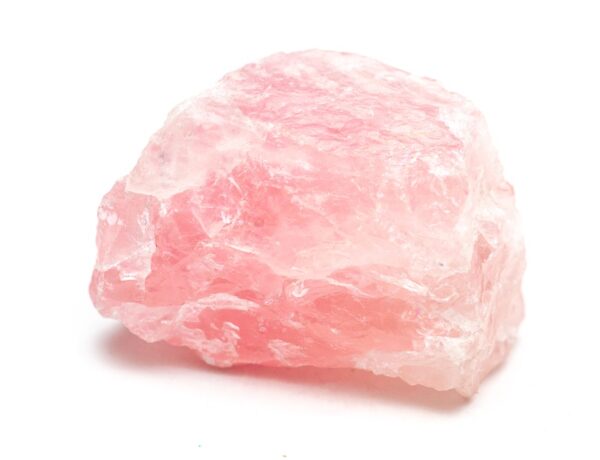 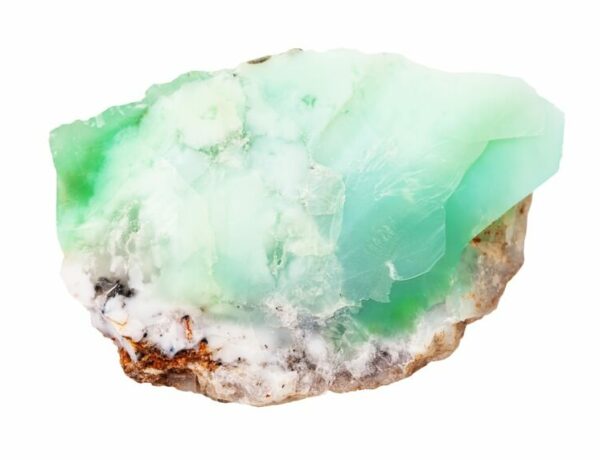