Black Agate is a beautiful stone with an understated appearance that many love. It’s known for containing strong healing properties, and has been a mainstay in the crystal healing community for many years.

This guide will break down the meaning, properties, and uses of Black Agate. When you’re done reading it you’ll understand why it’s so popular!

Dark and mysterious, Black Agate is a stone that’s captivated humans since its discovery. It belongs to the Agate family, which is a unique chalcedony stone forged in volcanic rock. The first recorded discovery of Agate happened along the shoreline of the Achates River in Sicily.

Since then, Agate has popped up all over the world. The stone is most prevalent in Mexico, Brazil, the United States, Uruguay, and Madagascar.

Believe it or not, there are over 150 different types of Agate out there. Black Agate is just one of many eye-catching varieties (along with black banded agate). However, it also happens to be one of the most sought-after!

Since its discovery, the meaning of Black Agate has held a lot of value. The glossy black appearance is enigmatic and mystifying. The pure darkness of the stone is only offset when exposed to light. There, its true translucent nature becomes apparent.

In Ancient Mesopotamia, as well as many other civilizations to follow, Black Agate symbolized power. Those who owned it were highly respected, and in many cases, quite wealthy.

Eventually, Black Agate became a talisman for healing. It was thought to hold magical powers that could assist shamans and spiritual healers.

Black Agate is a complex stone that holds many meanings. Take one look at its historical significance, and you’ll see that this simple black mineral meant a lot to healers, spiritualists, and everyone in between!

That said, modern crystal practitioners agree that the primary meaning of Black Agate revolves around strength, emotional balance, and stability.

Its healing properties can wipe away negativity and give you the strength to overcome your own hurdles. But unlike other healing crystals, it doesn’t take care of the brunt work alone.

Sure, it grants protection and ongoing support to get you through the tough times. Ultimately though, it complements your own strength and willpower. Black Agate is like a teacher and a guardian. It does some heavy lifting while also giving you the tools you need to stand on your own two feet.

For eons, Black Agate has been a revered stone that many gravitate to. And not much has changed to this very day!!

Today, the powerful healing properties of this mystical stone continue to make it a go-to for healers and practitioners. It has a wide variety of potential uses (more on that later) and spheres of influence.

Here are some of the most pivotal benefits Black Agate can provide.

On the emotional front, Black Agate is a master healer. It has a similar job to many other black-colored stones. While some associate the color black with negativity and pain, it’s quite the opposite in the crystal kingdom.

You see, stones like Black Agate are somewhat sacrificial. Many say that they take on the black coloration because they continually absorb the dark energy that floats around your aura!

Like a metaphysical sponge, it absorbs energy that could invade your auric field and cause pain. Whether it comes from day-to-day challenges, other people, or from your inner saboteur, the negative energy is no match for Black Agate.

You can’t truly feel joy unless you can appreciate the shift from sadness or stress. That’s not to say that Black Agate promotes stress in any way. However, it uses the stress in your life to teach you valuable lessons.

It takes those anxieties and transforms them into something useful. The stone shifts your perspective, allowing you to appreciate the journey and find some emotional balance in your life.

Ultimately, Black Agate is quite emotionally grounding. It keeps your feet on the ground and ensures that you don’t get too far away from yourself emotionally.

Many people struggle with feelings of being lost or confused about their purpose. Black Agate can help you find yourself in this journey while learning valuable lessons that you can use to reach your destiny.

No matter your belief system, Black Agate is a wonderful companion on your path to enlightenment.

The properties of this stone are said to strengthen the connection between the spiritual realm and the Earthly plane. It muddies the distinction a bit, which can help you find wisdom in the most random places. Not only that, but it opens up the lines of communication between you and your guardian angels.

More importantly, however, is Black Agate’s ability to grant strength.

Most people flock to Black Agate for its emotional perks, but it’s said to have some physical benefits as well.

Throughout history, healers sought out Black Agate for its physical healing prowess. It is commonly used to address a wide range of modest maladies.

For example, some believers use it to get relief from benign pain like headaches and indigestion. Some use it with the intention of treating dizziness and ease nausea. If you suffer from dental issues or cramps, it might help you there as well.

The healing crystal is thought to help people cope with a couple of more serious ailments as well. Those who suffer from respiratory problems tend to have a lot to gain from Black Agate. Many believe that the same is true with those with pancreas or uterus problems.

Black Agate is a common sight in spas and massage parlors. It is often used for its strong metaphysical properties and can help to provide direct benefits to your chakras.

But without a doubt, Black Agate is most often used as an effective root chakra stone.

The root chakra, also known as Muladhara, is the first of your seven primary chakras. While it’s often neglected, this energy point is one of the most crucial! It’s the entry point for life force energy entering your body from the Earth below.

It governs your sense of stability in life. When energy can’t flow through the chakra properly, many tend to experience feelings of insecurity or confusion. Without a clear sense of security, it creates a whirlwind of emotions that forces you to second-guess every fine detail of your life.

Different Ways To Use It

Black Agate may look simple. But that doesn’t detract from its beauty one bit!

The deep black color of this stone lends itself well to jewelry and decor, which is one of the most common ways it’s used.

As jewelry, it makes wonderful beads and pendants. While the stone is tough, it’s relatively easy for artists to cut and shape. As a result, you’ll often see multi-faceted stones that look like beautiful black diamonds!

No matter how it’s designed, jewelry is a great way to incorporate the meaning and properties of Black Agate in your life. It’ll stay close to your body for constant protection. Think of it as a totem that grants a shield of auric reassurance!

If you don’t want jewelry, you can always use it as home decor. Black Agate is a fantastic stone to adorn your home or workplace. No matter where you put it, the black stone will absorb dark energy to keep your most occupied space clean and clear.

Black Agate is a pretty resilient stone. It’s naturally resistant to harsh chemicals and damage. Because of this, it will stay in good shape no matter how you choose to use it.

Black Agate is known to support a few different zodiacs. Keep in mind: It’s not exclusive to any person. Anyone can utilize this stone and reap its rewards. However, those born under Gemini, Cancer, and Aquarius signs may have the most to gain.

The connection between Black Agate and Gemini is, perhaps, one of the strongest. Geminis are in a constant balancing act between their two selves. They must find ways to keep the Yin and Yang in harmony. Otherwise, they may experience a host of problems.

The balance this stone brings can also benefit Aquarians. Those born under Aquarius are strong-willed and highly ambitious. While admirable traits to have, they’re also notoriously stubborn!

The properties of this stone can help balance things out a bit and teach Aquarians the trait of compromise. It doesn’t take away their natural drive. Rather, it shows them how to work with others and find an inner balance that works for their lifestyle.

Finally, we have Cancers. Those born under the Cancer sign can take full advantage of the strength Black Agate brings.

Cancers change moods with the tides. They can also become weak and unstable in the face of adversity. The core meaning of Black Agate provides the strength they need to stay level-headed.

It balances out some of their emotions, ensuring that they don’t fly off the handle or succumb to the effects of manipulation and dark energy. This stone is a fantastic companion that works against Cancers’ weaknesses while supporting all the traits that make them unique.

The primary Black Agate meaning of balance and stability resonates with many people. The world can be chaotic and often try to pull you in different directions, so having a stone to keep you grounded makes all the difference!

We highly recommend giving this stone a shot and incorporating it into your existing crystal healing practice (or starting a new one). The impact and presence this powerful stone has is truly incredible.

It doesn’t matter who you are or what your intention is, simply pick up some Black Agate and start keeping it close. Whether it be through jewelry, home decoration, or meditation practice, the energy of this stone will quickly work its magic.

If you have any questions about this stone, or stories you want to share, don’t hesitate to send them over. We’re always looking to connect with our readers and talk about the wonders of crystal healing! 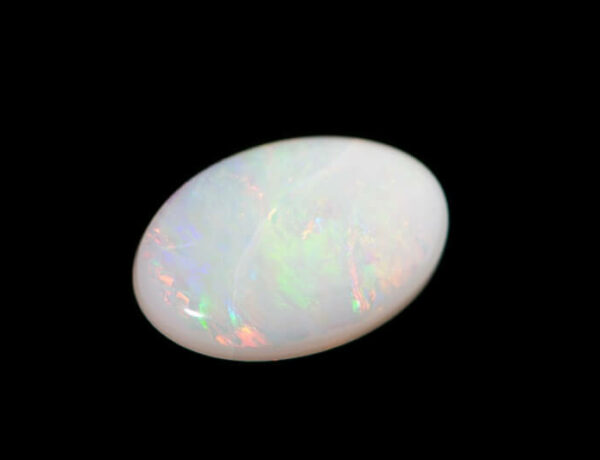 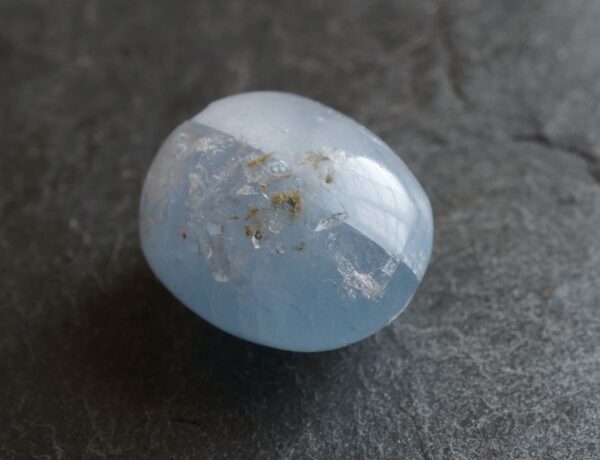