Ruby Fuchsite: Meaning, Properties & Ways To Use It

Ruby Fuchsite is a unique stone that has become quite popular in recent years. This is because of the stunning beauty and powerful energy it contains!

This guide will teach you everything you need to know about Ruby Fuchsite. From the primary meaning to the various properties it possesses, you’ll be an expert by the time you’re done reading!

Ruby Fuchsite is a visually stunning stone that looks almost human made! But don’t let the intricate detailing of this stone fool you. It’s all-natural!

Chunks of vibrant pinkish-red adorn the predominantly green-colored stone, creating a distinct appearance that you won’t find anywhere else.

Interestingly enough, Ruby Fuchsite is a combination of two raw minerals. The first is Ruby crystals. Ruby is a type of aluminum oxide called corundum. If you’re familiar with the benefits of Ruby, you already know what this multi-layered stone is capable of doing!

The Ruby crystals act as inclusions in a larger chunk of Fuchsite. Typically light to medium green in color, the Fuchsite is a form of mica rock called Muscovite.

Ruby Fuchsite is a natural combination of these two tough stones into one. Cuts reveal chunks of fiery Ruby swimming in a sea of Fuchsite. The juxtaposition of the two minerals creates an awe-inspiring look while also providing some unique benefits.

The raw minerals, Ruby and Fuchsite, are nothing new to the world of crystal healing. But the marriage of the minerals is a recent discovery. Initially found in Southern India, more stone deposits have been found in Pakistan, Russia, Zimbabwe, and Brazil.

Today, Ruby in Fuchsite is sought-after by people all over the world! Frequently used by meditators and crystal healers, it’s said to be a powerful stone that can have a major impact on the holder’s life.

Ruby Fuchsite is a bit of a rarity. Not only is it new to the world of crystology, but it’s one of the few stones that combine raw minerals while keeping constituents separate.

The cool thing about this arrangement is that you’re able to take advantage of the benefits coming from both minerals. Ruby is the stone of passion and strength. When used alone, the fiery red hue imbues you with a sense of passion! The crystal represents intense confidence, courage, and strength.

Meanwhile, Fuchsite is the stone of recovery. It’s said to help you move on from both physical and emotional traumas. Additionally, many believe that Fuchsite is an energy multiplier.

Crystal healers often use Fuchsite in tandem with other stones to increase energy transfer and make the benefits more potent. It shifts energy to positive channels, allowing you to take full advantage of whatever stone you’re using alongside it.

Many refer to Ruby Fuchsite as the “Ultimate Heart Stone.” It’s reportedly capable of clearing dark energy and replacing it with love, awareness, and connection to your humanity.

Looks aside, Ruby Fuchsite is said to hold many distinct properties. While it may be new, that hasn’t stopped healers and meditators from quickly adopting this stone into their practices!

If you’re lucky enough to get your hands on it, here are some of the ways that the properties of Ruby in Fuchsite can potentially benefit your mind, body, and spirit.

According to many crystal healers, Ruby Fuchsite’s healing properties are felt most on an emotional level.

As mentioned earlier, Ruby has a knack for instilling a sense of drive and passion in anyone who uses it.

Many people carry the weight of past events and heartache around with them wherever they go. They hold onto those painful memories, creating a swirl of dark energy that clouds the mind and heart. Even when you’re faced with all the beauty in the world, this darkness prevents you from seeing and feeling it!

All that said, it doesn’t erase your dark memories. Life is about learning from the past and becoming stronger than ever before. Instead of eliminating those dark thoughts, Ruby in Fuchsite encourages you to take those lessons in stride. You can grow as a person and develop a newfound sense of confidence.

Rather than letting old wounds fester and stop you from pursuing the things that matter, Ruby Fuchsite gives you the clarity and awareness you need to open your heart and mind. It grants you the courage to experience new emotions, whether they are good or bad.

All of that destructive energy transforms into positive light that you can use to mature and grow.

Some say that the vibrations of Ruby Fuchsite are so strong that you can feel them immediately! Depending on the things that ail you, the energy might feel calming and rejuvenating. Or, they might feel fiery and passionate!

No matter how this energy presents itself to you, the changes that Ruby in Fuchsite provides are nothing but positive!

Spiritually, Ruby Fuchsite is said to make you more attuned to both ethereal realms and Mother Earth.

The properties of this stone give it the unique ability to unlock untapped psychic energy. Of course, that energy is not always conscious. In many cases, healers and meditators find themselves connecting more intensely to otherworldly realms in the presence of Ruby in Fuchsite.

Internally, Ruby Fuchsite may also help you rediscover your self-worth and find solace in your own divinity. Many people develop natural tendencies of servitude. They put others before their own needs, adopting a self-sacrificial way of thinking that only does more harm than good.

While helping others and strengthening your bonds with those you love is important, it should never come with the cost of self-worth.

Ruby Fuchsite is a talisman to remind you of your own value. Instead of becoming a martyr for others, you can remember to act in your own self-interests. This can boost your self-confidence and encourage you to pursue your own needs.

When it comes to physical healing, Ruby Fuchsite’s supposed benefits are thought to be a byproduct of emotional and spiritual healing. When you’re able to remove dark energy and live a stress-free life, your physical body can see some benefits as well!

The core meaning of Ruby in Fuchsite is all about creating strength and vitality. Healers believe that the stone can affect everything from the bones to the circulatory system!

They say that it strengthens the heart and removes toxins that muddy up the works. As a result, many put the energy of this stone to use with the intention of providing relief for carpal tunnel syndrome, ulcers, fevers, and more.

Some even believe that Ruby Fuchsite can work wonders on multiple organ systems. The theory is that without those toxins circulating throughout your body, you might be able to see an improvement in issues pertaining to the skin, liver, kidney, and reproductive organs. Many owners say it has helped them get better sleep as well.

The most notable potential physical benefit of Ruby Fuchsite is its encouragement of recovery. Like recovering from emotional wounds, many use Ruby in Fuchsite to provide relief from chronic illnesses or extended physical struggles.

Some healers recommend it to those who are recovering from long hospital stays. Having it in your presence is thought to move the recovery process along and promote bodily restoration.

The various metaphysical properties of Ruby Fuchsite make this a stone that you can find many meditators using. The strong vibrational energy can have significant effects on the entire chakra system, and aligns your energy flow while enhancing your auric field.

That said, the stone is said to have the biggest impact on three specific chakras.

The first and most significant is the heart chakra. Also known as Anahata, the heart chakra is responsible for your emotions. More specifically, it controls your feelings of balance and serenity.

When this chakra becomes blocked or imbalanced from trauma, you may experience feelings of emptiness or despair. Ruby in Fuchsite works to fill the void!

It removes dark energy and aligns the chakra while imbuing you with a sense of love and joy.

Ruby Fuchsite is also a great stone for the root chakra. Called Muladhara, the root chakra is located at the base of the spine and affects your feelings of stability.

This stone has strong grounding energy. As we said earlier, it is attuned to Mother Earth and helps you create a strong bond with the Earthly realm. It makes you more aware and accepting of your surroundings while improving, making you more comfortable about where you are in life.

Instead of feeling lost, you can feel grounded and gain the confidence you need to do anything!

Finally, the metaphysical properties of Ruby Fuchsite connect it strongly with the crown chakra. Also known as Sahasrara, the crown chakra is all about achieving a higher state of consciousness.

Different Ways To Use It

The possibilities are endless when it comes to using Ruby Fuchsite into your life, and benefiting from the core meaning of this stone.

The easiest way to take advantage of its various properties and healing energy is through meditation. In small tumbled or polished stones, the minerals work with any healing modality and amplify the body’s energy.

You can use it along the chakras we mentioned in the section above to find balance and alignment.

If you prefer to use it indirectly, Ruby Fuchsite points and slabs are a good choice. The magnifying capabilities of the Fuchsite ensure that the stone’s energy reaches you no matter where it is in the room. Place it in your bedroom for positive energy at night as a crystal for nightmares. You can also put it in your meditation space for guidance and balance.

The choice is up to you. Ruby in Fuchsite is strong enough to benefit you no matter how you use it.

The beauty and power of this multi-mineral stone can be beneficial for everyone. The potential healing properties are advantageous regardless of the star sign you’re born under.

That said, many healers recommend the stone to Aquarians. It’s strongly connected to the Aquarius zodiac and can promote positive changes in those that fall under that sign.

Aquarians are notorious for having a deep well of emotions simmering at their core. They’re not keen on expressing or even feeling their emotions. As a result, they ignore them and let that well fill up.

Many Aquarians practice escapism and avoid their emotions at all costs. That is, however, until that emotional well overflows!

The presence of Ruby Fuchsite can teach Aquarians how to better deal with the things they feel. Not only does it rid the mind and body of negative energy, but it teaches you how to learn and grow. It’s a lesson that Aquarians need to learn at some point!

Instead of running from their emotions, they can learn to appreciate them and mature.

The core Ruby Fuchsite meaning and powerful properties this stone contains make it a great choice for many people. The ability to clear dark energy and open your heart up to love is something we all could benefit from.

If you have any interesting or powerful experiences with Ruby Fuchsite that you think we should share with our readers, we’d love to hear from you! 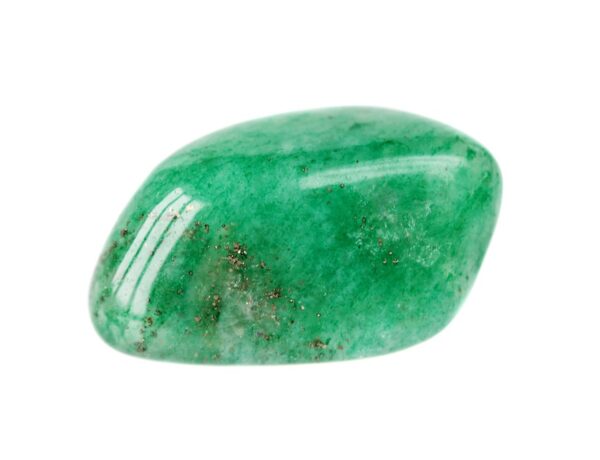 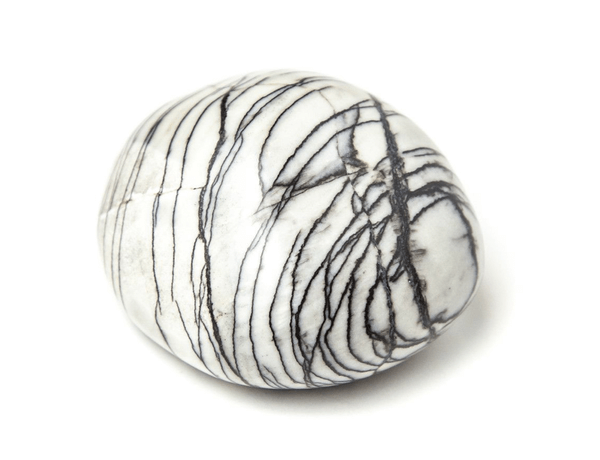 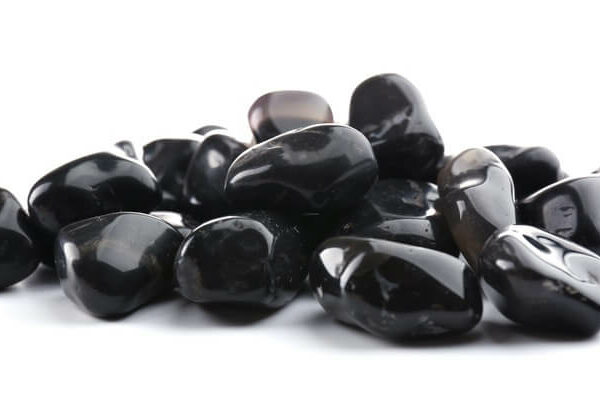