Astrophyllite is an incredibly potent and rare stone that many people want to learn more about. Due to its fascinating meaning and metaphysical properties, it’s used all over the world to provide a number of benefits.

This guide will cover everything you need to know about Astrophyllite, so you can decide if it’s the right stone for you.

Astrophyllite is an awe-inspiring stone that radiates energy and light. Many believe that the properties of this crystal are so strong that it imbues your system with light and prevents darkness from enveloping you. Used for the purpose of providing benefits on many different planes, Astrophyllite is a powerful and highly sought-after stone.

Unlike other healing crystals, Astrophyllite is not easy to get your hands on! It’s only found in certain parts of the world. Cryptologists typically obtain the stone from Russia, but it’s also found in Canada, Greenland, and Norway.

The process required for Astrophyllite to develop makes it very rare. It’s also typically sold raw without any processing and additional work being done to it.

The way this crystal develops is fascinating! It’s not self-sufficient, which means that it cannot be created on its own. Instead, it develops inside tiny fissures and cavities of igneous rock.

As a result, you often see Astrophyllite coupled with other minerals. If you do manage to get your hands on the pure Astrophyllite (lucky you), it typically takes on a brown, white, or gray color.

Astrophyllite develops in an otherworldly crystalized pattern. The delicate gold blades radiate from a thick central point, creating a star-like appearance that can take anyone’s breath away! This stone also has a very complex chemical structure, which only adds to its rarity.

As you can imagine, Astrophyllite has captivated the interest of many people from the very beginning. Its cosmic appearance made it the stuff of legends!

Astrophyllite was formally discovered in 1844. However, it didn’t get its name until about a decade later. The name comes from the Greek words “Astron” and “Phyllon.” These words roughly translate to “Star” and “Leaf” respectively.

There’s no doubt that Astrophyllite’s physical properties lend themselves to the crystal’s potential healing properties. You’ll sometimes see this stone referred to as the “Gateway to the stars.”

In healing circles, the commonly accepted Astrophyllite meaning is it’s the harbinger of light that can imbue your body, mind, and spirit with positive energy.

Interestingly enough, some say that Astrophyllite doesn’t remove negative energy like some other stones. Its power is said to go beyond that!

Crystologists and healers say that instead, it infuses your body with so much positive light that none of the negative energy matters. It simply can’t get to you. As you can imagine, this effect can lead to spiritual enlightenment and confidence that you’ll be able to face tough issues head-on.

The core meaning of Astrophyllite is all about self-realization and self-actualization. It’s commonly used by healers to help people reach a higher level of consciousness that goes beyond our Earth plane.

This self-awareness has the potential to bring a wave of positivity to all facets of your everyday life. From inner peace to the way you communicate with others, the stone’s energy potency and light can have a significant impact on the way you live.

For many, Astrophyllite is about so much more than natural beauty. While the stone’s outward physical appearance is a lot to appreciate, its true beauty is said to come from its healing properties and the various benefits it can provide.

At its core, Astrophyllite has the potential to infuse your body with light and positive energy. But the reach of this energy’s effects are limitless!

Below are some of the crystal’s most notable benefits.

Let’s start with the physical.

Astrophyllite is often seen as a first-rate crystal and go-to choice for physical healers. Many acupuncture therapists and meditators swear by the stone’s ability to treat a litany of ailments.

From a physical standpoint, it’s said to flush out toxins and impurities that build up over time. Toxins can accumulate in the body over time based on your environment or lifestyle. Many believe that emotional traumas and hardships can contribute to harmful toxins as well.

Astrophyllite is said to flush those toxins right out of your body! As a result, many use this crystal with the intention of enhancing hormonal systems and reproductive systems. Healers regularly turn to this stone to help others find relief from PMS-related ailments, improve fertility, and more.

Other organ systems are said to benefit from Astrophyllite exposure, too. In many healing circles, it’s used to address simple issues like bloating and digestion problems. However, some say that it can also improve the functions of the pancreas, gallbladder, and liver!

All of the positive light energy that’s contained within the crystal is believed to improve your body on a cellular level as well. The theory is that Astrophyllite can strengthen the overall cell structure while regulating cellular fluid. As a result, some individuals seek out this stone with the intention of enhancing nerve function!

Overall, many consider Astrophyllite to be the quintessential crystal for physical healing. Due to the potency of the stone, a lasting positive impact on the body is often reported.

The potential physical enhancement that Astrophyllite can provide is impressive enough. But for many, the stone’s main draw is the emotional strength it can offer.

Again, it all comes down to the crystal’s strong positive light energy. This light is so powerful that it can illuminate your very being.

Astrophyllite is a favorite for “walk-in” sessions for spiritual healers. Oftentimes, visitors will seek them out when they believe that they have exhausted all options in their life. They often go to these healers to look for emotional support and strength to overcome past hardships.

It’s common (and normal) to have periods where you feel lost and have difficulty making decisions about your future, while still holding onto remnants of the past.

Astrophyllite is often the go-to for healers because it has the ability to clear these emotions and provide a new sense of awareness and strength. It can disintegrate these chains that bind you, providing authentic and purposeful energy that fuel your future. This newfound energy often helps individuals find the strength they need to make tough decisions or let go of the past.

For this reason, it’s also a popular recommendation for those who have struggled with addiction in some capacity. Many turn to Astrophyllite to alleviate guilt, help you accept the mistakes you made, and find a more productive way to move forward.

The new sense of being and heightened consciousness can make a big impact on your emotions and on the emotions of those around you. Many say they’ve felt a strengthened sense of hope that helps them confront those delicate issues while providing a newfound feeling of optimism.

Most importantly, however, is the stone’s ability to provide emotional transparency. This benefit is something that may help you finally defeat cycles of self-sabotage and self-doubt. Using it, you can begin to see things for what they truly are (both good and bad).

With more clarity, you will likely have a better understanding of your emotions and how they hurt or harm you. As a result, you’ll have the ability to cut out the negative and focus on the positive. Pair that with the emotional strength you’re said to gain from Astrophyllite, and you’re ready to tackle the world!

Finally, let’s go over some of Astrophyllite’s spiritual benefits.

Many of the spiritual benefits that users seek from this stone are anchored in emotional well-being. With a heightened sense of optimism and strength, you’re far more likely to become attuned to the divine!

Some even say that Astrophyllite’s benefits go beyond our own spiritual selves. They believe that it can help you connect to higher realms.

Many believe that Astrophyllite opens you up to receive more spiritual guidance. It’s said to enhance those lines of communication, making you more accepting of guidance and protection from otherworldly realms! Some even use this crystal with the intention of unlocking traits of clairvoyance.

When it comes to metaphysical properties, Astrophyllite is regarded by many to be one of the most versatile crystals in existence. It’s often used for auric cleansing and creating balance among the chakras. Most notably, the stone has the ability to impact the third-eye chakra, crown chakra, and the soul star chakra.

The third-eye chakra is all about mindfulness and understanding. Placing the crystal on this chakra can unlock wisdom while also helping you gain a better understanding of yourself and the world around you.

The crown chakra is the stone’s primary chakra. This chakra focuses on your connection to the cosmos and other realms. By aligning this chakra with Astrophyllite stone, you’re said to create divine paths.

It’s when these paths are broken that negative energy begins to take over in life. Aligning it absolves those issues and can open you up to accept more light on a daily basis!

Finally, there’s the soul star chakra. The most important chakra of them all, it’s sometimes referred to as the “Seat of the Soul.” This chakra is responsible for inner peace and divine wisdom.

When it receives energy from Astrophyllite, the chakra can begin to align itself and all others. As a result, many say that you’ll start to absorb the light of the crystal from one end of the energy path to the other.

Using Astrophyllite can be a bit tricky. This is one of the more delicate and rare stones.

Most of the time this stone can only be acquired in its raw form. That means you’ll have to figure out the appropriate usage to meet your spiritual and emotional needs.

The most impactful way to use Astrophyllite is often through jewelry. Using wire to attach the crystal to a necklace (or a bracelet) puts it in direct contact with your body.

In this manner, you’ll be able to feel the light of this stone as it begins to remind you of your spiritual journey and improve the way you communicate with others. Some think that it makes you more susceptible to experiencing unforeseen events that could positively impact your life.

If you’d rather not wear it as jewelry, you can also place it in a room. The crystal can radiate potent energy throughout the room, allowing you to experience its benefits whenever you’re in the vicinity.

Astrophyllite is thought to be naturally connected to the stars and cosmos. Because of this, it can provide benefits for all signs. However, some tend to be more open to its effects than others.

The most notable connection this stone has is with Scorpios. This is because of their perceived connection to darkness. People born under the sign are often the first to succumb to the pitch-black darkness of the night.

Healers often recommend Astrophyllite to Scorpios because of its strong light energy. The sheer power and vibrational energy of the stone can shed immense light that guides Scorpios out of the darkness.

Is Astrophyllite Right For You?

Now that you know all about the core meaning of Astrophyllite and the various properties it possesses, it’s time to decide if it’s the right stone for you. This is definitely one of those healing crystals that can benefit everyone, so there’s little downside in giving it a shot!

If you have any other questions about this magnificent stone, feel free to ask us directly. We love helping and connecting with our readers! 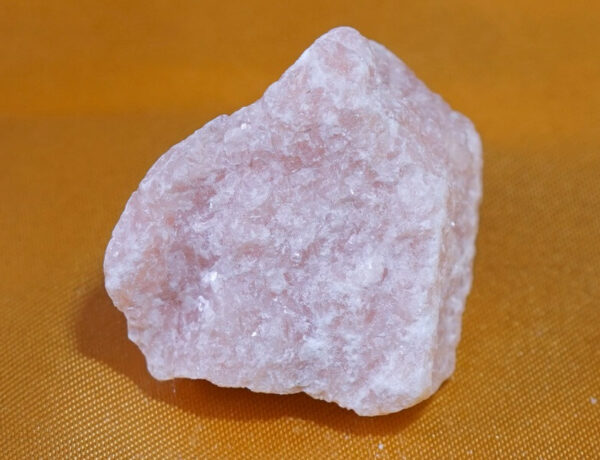 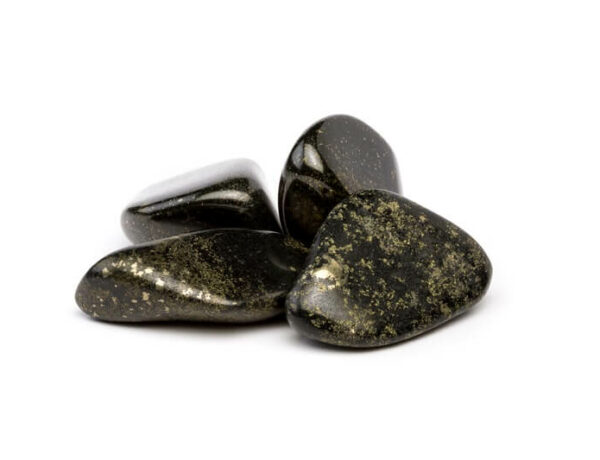